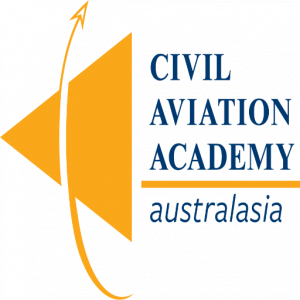 What is a ULD?

According to IATA -(the International Air Transport Association), “A ULD is a device for grouping and restraining cargo, mail, and baggage for air transport. This could be either a fixed container or a pallet with mesh or netting to restrain the contents.”

When did airlines first use ULDs?

International airfreight in the late 1960s saw the need for a uniform method and an interchangeable packing device across all aircraft and airlines. So, the Unit Load Device (ULD) was born. This device has made leaps and bounds from the humble packaging crate of the 1960s to the high-tech Bluetooth-enabled device of the present day.

In the 1950s / 60s, there were not any purpose-built air freighters and airlines made do with what they could. Aircraft used ULD but lacked uniformity and were made to suit individual aircraft.

It wasn’t until the DC-8 and Boeing 707, a new generation of jet aircraft, able to cruise at speeds of around 550 mph with a payload in the freighter version of up to 40 metric tonnes, came about that airfreight began to be taken seriously.

The invention of the ULD allowed for easy handling and maximised capacity. They were constructed from aluminium, light, and easily damaged metal, so the way cargo handlers handled them had to stop them from sustaining considerable damage. A ULD is designed to suit the contours of the belly of an aircraft.

Over the years, other types of special containers have been developed, such as temperature-controlled boxes for perishable cargo, pharmaceuticals, and live animal stalls.

From the early 1970s, standardisation of UDL  started between airlines and manufacturers, but IATA did not formalise the use of ULDs until 2013.

The first jumbo jet was the Boeing 747-100, which made its maiden flight from Seattle on 9 February 1969. The B747 was built as a military freighter for the US Air Force. Still, as Lockheed won the  C5 – Galaxy contract, Boeing concentrated on developing the B747 as a commercial passenger and cargo aircraft, which flew the world for 45 years, taking on many versions.

Hong Kong, Singapore, Miami, New York, and Dubai were some of the first international airports to transport goods by air in significant quantities.

As you can see the ULD has certainly evolved and changed over the past 60 years with new technology and the necessity for safe delivery of cargo worldwide.

If you are an airfreight operator transporting infectious substances or dangerous goods by air you may be interested in our correspondence courses. We offer 24/7 access to the following CASA-certified courses: